DAMAGES BASED ON INSECTS 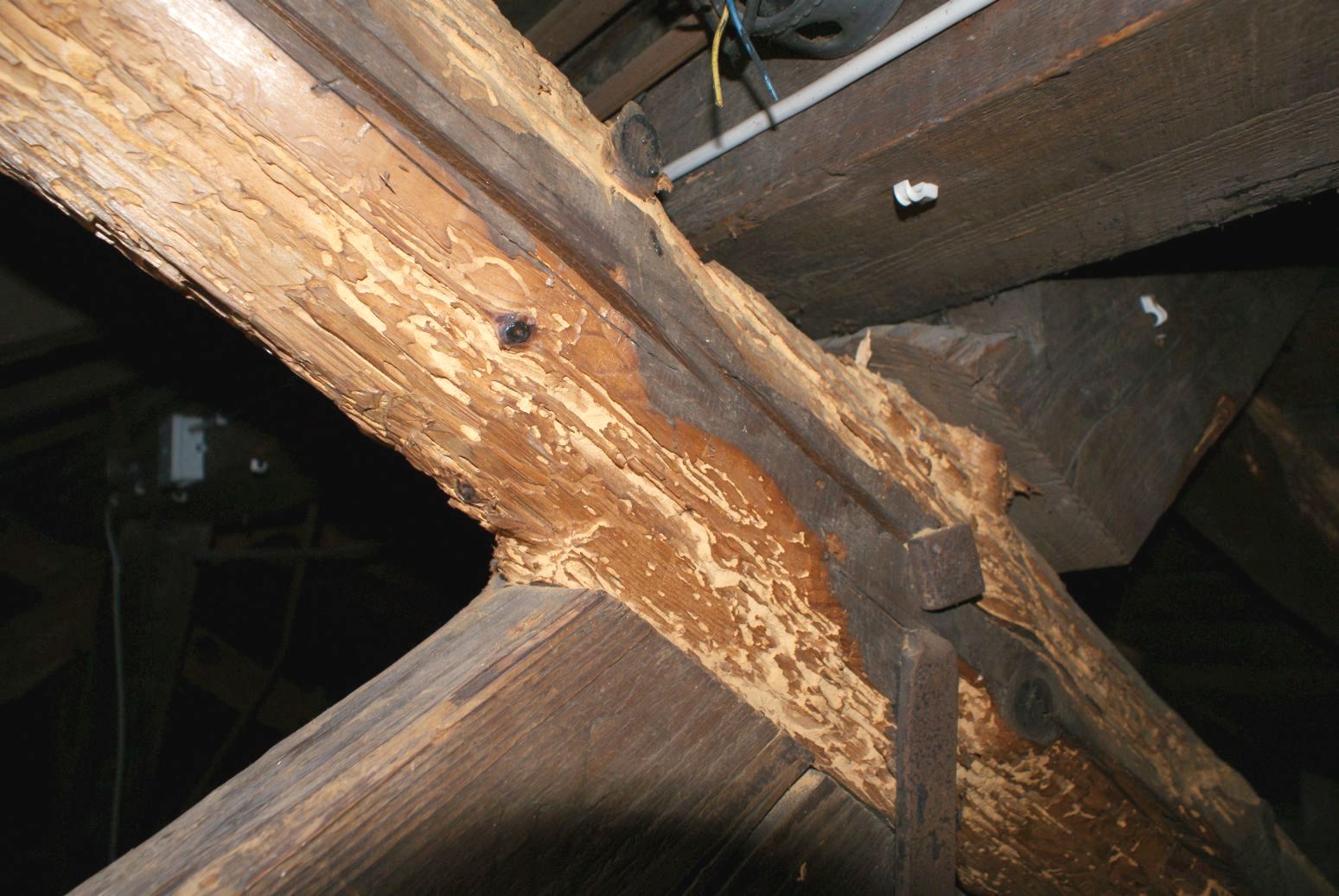 frequently observed type of damage to structural wood is caused by insects. Very often in older beams oval or small round holes are observed, some of which occur with small sawdust piles on the surface underneath. This is done by   wood destroying beetles, which lay their eggs in the wood and their larvae eat their way up to a full grown beetle through the woods. This process can take years, depending on the species of beetle and various other factors as temperature, moisture and nutrient content of the particular wood.

Not all wood is infested, but contrary to the older school of thought the age of the installed wood is unimportant. There are sometimes also fresh wood insects in wood beams that have been installed already for 300 years. Wood destroying insects can be divided in two categories: the insects that already infest the living tree in nature and leave or die as soon as he falls and is processed into lumber and insects that attach themselves only in dead wood or lumber . There are three types of common insects: The "House Longhorn Beetle " ( Hylotrupes bajulus ) , the " Common Furniture Beetle " ( Anobium punctatum ) , which is also referred to as " woodworm " in common language and the " Pied Furniture Beetle " ( Xestobium rufovillosum ). 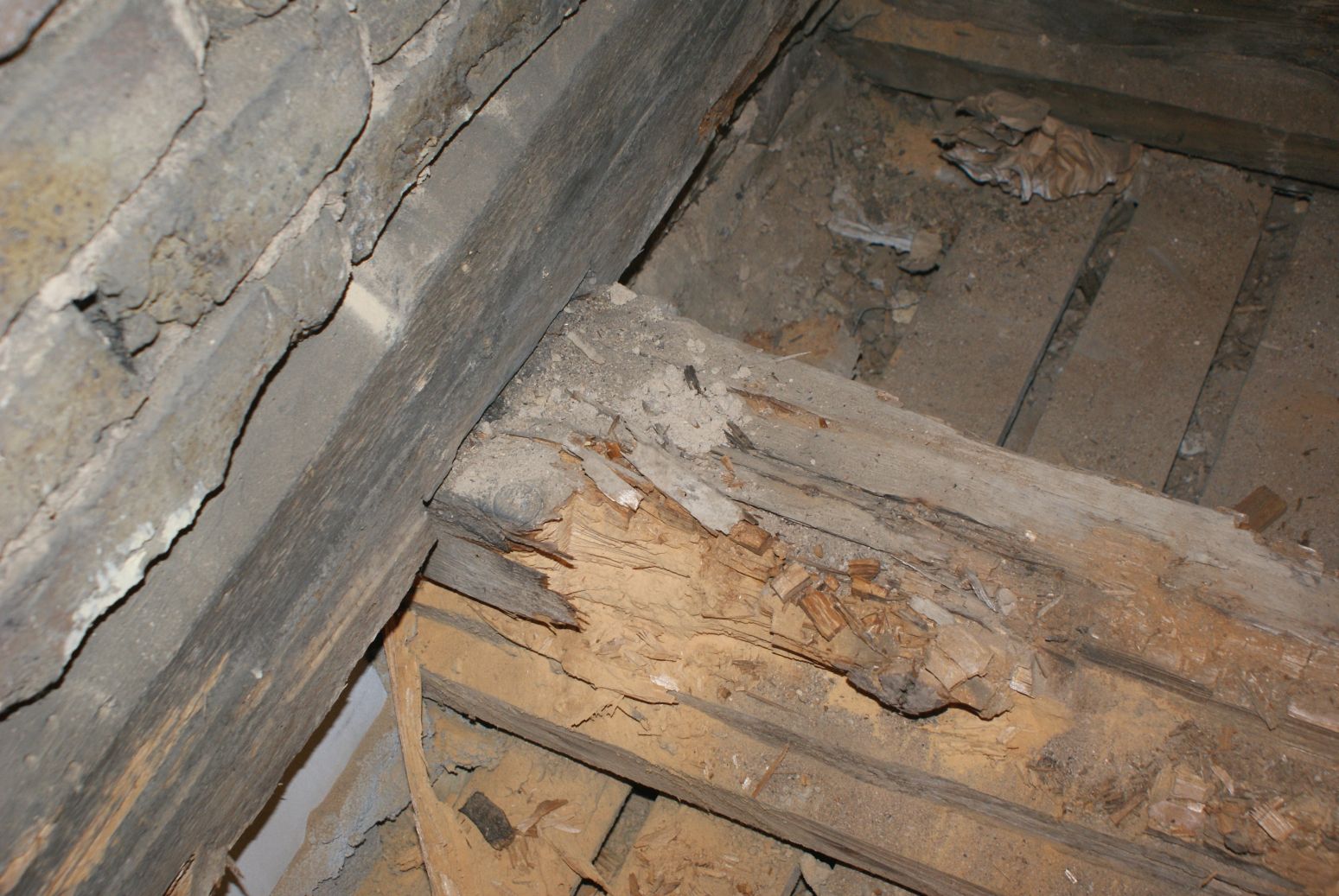 The longhorn beetle is often only noticed when the larvae have evolved in adult beetles and have flown out since he lets no sawdust in the living infestation stage and thus leaves no outside signs on his presence. He often eats close beneath the wood surface and by making itself through quietly rasping noise noticeable. He mainly attacks softwood in trusses and its danger is that it is not only limited to the outer sap wood , but can also eat through the heart wood , which greatly reduces the static load capacity. He often makes only a small residual cross section of the infested wood or leaves an outer shell while the wood inside is infested.

The common furniture beetle falls through small 1-2 mm holes on which are very often visible on furniture and objects of art. The dust is ejected into active infestation state out of the holes and forms including small pile of flour, which is a clear sign of a live infestation. He causes just damages in art and everyday objects and is found on wooden components in buildings. In contrast to the house further woods. He can also contribute by a correspondingly strong attack to the diameter a static weakness of the components. 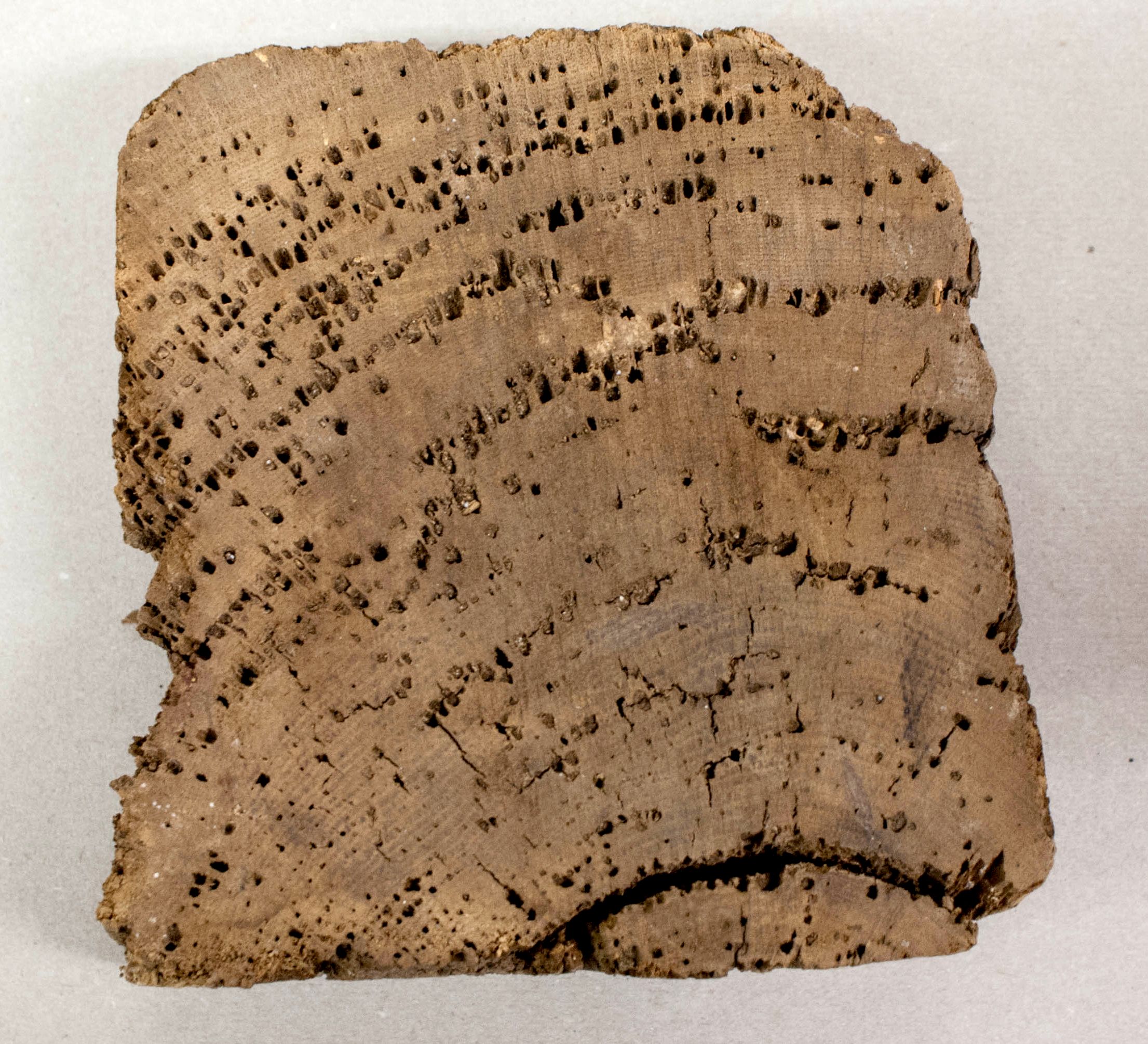 The Pied furniture beetle is a secondary pest. Mainly oak is attacked , but that is already damaged by fungus and its fibers are so to speak " pre-digested ". The holes are the size of a pinhead and are circular. Also this beetle infestation may go deep down to the heartwood. These are just three examples of the most common wood-destroying insects. There are a variety of other species which also spread through imported woods in Central Europe. It is always important in an investigation to determine the particular insect infestation and its extent. This will assist in further determination of damage to the construction wood.

An infestation of wood-destroying insects has nothing to do with unsanitary conditions. The insects live in their natural environment and nest under optimal circumstances on their own.